Angkor Archeological Park
Angkor Archeological Park
The Angkor Archaeological Park is situated at short distance of the modern city of Siem Reap, in north-west Cambodia. It encompasses more than 400 square meters. It contains magnificent ruins of the ancient Khmer Civilization, that thrived between the 6th and the 13th centuries in what is now Cambodia, Laos, eastern Thailand and south Vietnam. The Khmer people were, and are the dominant ethnic group in Cambodia.
There are dozens of archaeological sites in the Angkor Archeaological Park, all of them at short distance of Siem Reap. The highlight of the Park is the word famous Angkor Wat, the world largest religious building, considered by many as the eight Wonder of the Modern World. Angkor Wat is followed closely by the ruins of Angkor Thom, the old Khmer capital, where one can find the remnants of the astonishing Bayon Temple. Dozens of other ancient ruins of the golden era of the Khmer civilization are scattered within the limits of the park, and are well worth visiting.

The name 'Angkor' refers to the capital city of the Empire, Angkor Thom, whose ruins stand north of the modern city of Siem Reap. Most of the many temples that dot the Angkor Archaeological Park were constructed between the 9th and 12th century A.D. and represent the pinnacle of ancient Khmer architecture, art and civilization. At its height, the Khmer Empire was the dominant power in South East Asia. It was a time of cultural brilliance, great wealth, and military dominance. Grandiose temples bearing Hindu and Buddhist influences where built, whose magnificent ruins attract visitors from all over the world. The capital city at Angkor was populated by more than a million people.

There are ruins of many other small temples that are not mentioned in the list above. Moreover, the remnants of ancient Khmer bridges and wonderfully carved huge city gates are great tourist attractions on their own.

Angkor National Museum The Angkor National Museum is located on Charles de Gaul Boulevard heading north towards the Main Entrance to Angkor Wat. The new National Museum in Siem Reap has recently opened and features the Angkor National Museum itself plus a Cultural Mall and shops. The museum's eight main galleries contain original artifacts restored by Angkor Conservation and a collection of 1000 Buddha statues. Other galleries focus on ancient clothing styles; the four principal kings of Angkor; the extant written material from the Angkor temples and the history and religion of the pre-Angkor period. Innovative mixed-media displays tell the story of the Angkor civilization and multi-lingual tour guides. Audio units are available.

Beng Mealear Temple (the "Lost Temple" in the Jungle)
Beng Melea is located 63km east of Siem Reap. The trip takes 1-2 hours and the road is in good condition. Sprawling jungle temple covers over one square kilometer. The temple is largely overrun by vegetation and receives scant amount of tourists, giving an adventurous, 'lost temple' feeling. Trees growing from the broken towers and galleries offer some of the best 'tree in temple' shots besides Ta Prohm, and will be a riveting opportunity for photography lovers. Constructed in a distinctly Angkor Wat style under the same king that built Angkor Wat, Beng Melea preceded and may have served as a prototype of sorts for Angkor Wat. There are some lintel and doorway carvings, though no bas-reliefs. There are also sparse carvings throughout. When the temple was active, the walls may have been covered, painted or had frescoes. In its heyday time, Beng Melea was at the crossroads of several major highways that ran to Angkor, Koh Ker, Preah Vihear (in northern Cambodia) and northern Vietnam.

Chong Khneas Floating Village
Chong Khneas is a floating village at the edge of the lake closest and most accessible to Siem Reap (11Km). All day long boat tours departing from Chong Khneas boat decks can be taken for a relatively quick and easy visit to the region of Tonle Sap.
The boat trip will point out the differing Khmer and Vietnamese floating households and the floating markets, clinics and schools. Chong Khneas is very touristic place and is has its particular charm as have all floating villages further from Siem Reap. The boat trip usually includes two stops: one at a touristy floating 'fish and bird exhibition' with a souvenir and snack shop, and the other at the very highly recommended Gecko Environment Centre, that offers displays and information introducing the ecology and biodiversity of the lake area.

Kampong Phluk
Kampong Phluk is a cluster of three villages of stilted houses built within the floodplain of the Tonle Sap about 16 km southeast of Siem Reap. The villages are primarily Khmer and have about 3000 inhabitants between them. A flooded mangrove forest surrounds the area and is home to a variety of wildlife including crab-eating macaques. During the dry season when the water level is low, the buildings in the villages seem to soar atop their 6-meter high stilts. At this time of the year many of the villagers move out onto the lake and build temporary stilted houses. In the wet season when water level rises again, the villagers move back to their permanent houses on the floodplain, the stilts now hidden under the water. Kampong Phluk's economy is, as one might expect, based in fishing, primary in shrimp harvesting.

Civil War Museum
Located in Kasekam Village off National Route No. 6 on the way to airport, is a small museum displaying a wide amount of photos from the Vietnam War era, as well as guns, mines, tanks and other military hardware. Open everyday from 8am to 5:30pm.

Kulen Mountain
Phnom (Mountain) Kulen is a holy mountain in Cambodia. It is located 60 km to the North East of Siem Reap. King Jayavarman, of the pre-Angkor period, built several temples on this mountain. In 802 A.D. he was declared a god-king in the main temple on the top of this mountain. Waterfalls are aplenty on the sides of the mountain, and in one of the creeks the bottom has preserved hundreds of images carved on the sandstone floors by the artists of that era. You will marvel at the sight of the most beautiful section of the thousand carved lingas river cascades, where a majestic sunlit waterfall streams through dense jungle.
The Khmer Rouge used the mountain as a final stronghold for two decades after losing power in 1979.

Kbal Spean
Located 49km north of Siem Reap
A river of 1000 lingas' is at Phnom Kulen. There are no temples in this archeological site, however it contains many carvings of Buddha and Buddhist images in the rock dating from a later period than the lingas. To reach the top of Kbal Sprean one has to take a moderately 45-minute uphil walk through the woods The entrance to the area closes at 3:00PM.

A visit to Kbal Spean can be combined with a visit to 12 kms afar ruins of the temple Banteay Srey, the only Khmer ruins in pink color in a half-day visit.

Cambodia Land Mine Museum or Akira Museum
The Mine Museum is on the right hand side of the road leading from Siem Reap to Banteai Srey, 30 km from the former.

Founded by Mr. Akira, a former soldier and de-miner, this museum is a fascinating testament to Cambodia's violent past, and to Aki Ra's personal survival. It documents the story of Akira's life and experiences through a quarter of a century of war, and houses one of the world's largest collections of decommissioned mines and other ordnance.
Akira has recently founded, through donations, a NGO in cooperation with CLMMRF, to maximize his vision of "making my country safe for my people".
The museum is adjacent to a few buildings that house several young landmine victims taken in by Akira and his wife.
This is a one -of-a-kind museum, unique in its conception, and a humanitarian project that deserves your support. The museum is open from 7am to 6pm. Admission is free, but donations are gratefully accepted and much appreciated.
Cambodian Cultural Village
Located on National Route No. 6, the museum displays Cambodian history and culture in a kind of theme park. There are good displays of traditional dance panels, and dance performances carried out with grace and enthusiasm by professional dancers. There is also an interesting wax museum displaying statues of old monarchs and political figures. 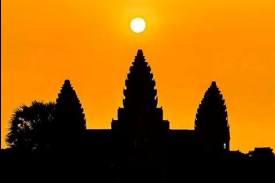 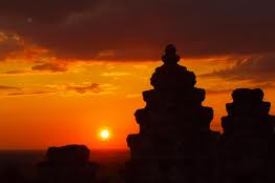 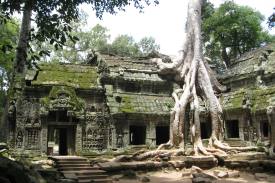 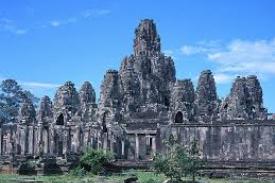 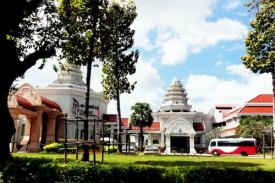 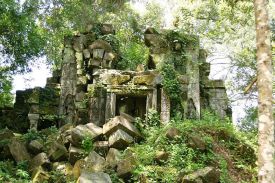 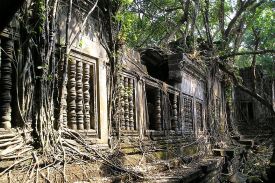 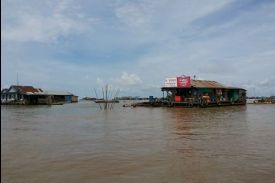 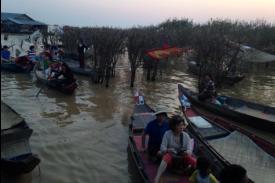 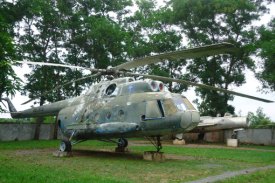 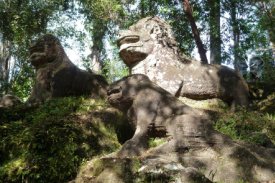 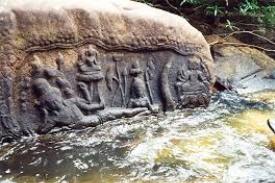 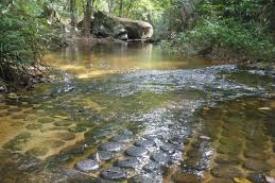 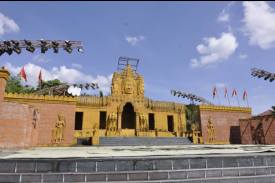